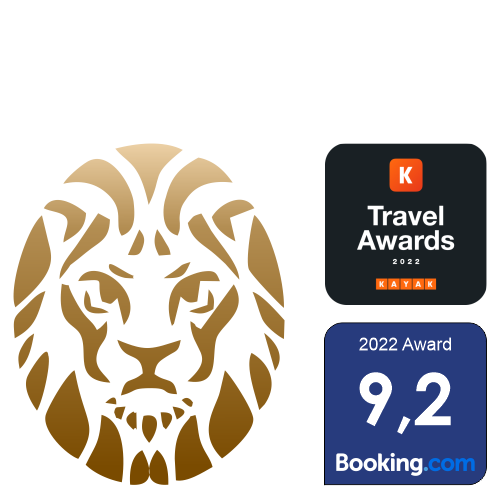 “Crete is a Mediterranean jewel. It’s rich with archaeological and mythological history that’s reflected in its ancient ruins and cultural attractions,” says Tripadvisor. Crete is among the four best destinations in the world for 2019 according to the popular website.

“Mountains, museums and the Minotaur's lair. Variety is the spice of life on the largest Greek island. Crete, home of the Minotaur legend and birthplace of Europe’s first evolved society, is a vivid and sensual mosaic of contrasts: from lofty mountains and pink-sand beaches, to buzzing nightlife and traditional kafeneions (coffeehouses). Standing at the crossroads of three continents, the atoll described by Homer in his Odyssey as ‘a fair land ... in the midst of the wine-dark sea’ has been invaded countless times over the centuries. The traces of successive invasions can be found in Turkish bathhouses, Venetian fortresses, and Byzantine architecture.

However, Cretans refuse to dwell on the past: any and every occasion is an excuse for a glendi (party), usually revolving round food: home-grown vegetables, locally produced olive oil, fat snails gleaned in the mountains, or raki brewed in the local still. And (as any Greek will proudly tell you) Crete is the country’s most hospitable island, so you can expect plenty of invitations to join in the fun.”

The Old Town of Rethymnon is one of the most well-preserved Renaissance cities in Greece, combining the oriental aspect of the Ottoman domination with the Renaissance Venetian architecture, and also the rich history of the city keeping up with its modern tourist development. After the conquest of Crete by the Venetians in 1204, the construction of the city of Rethymno is based on the Venetian architecture. Initially, Venetian craftsmen were used, and later the Cretan “muraris”, who were first trained by the Venetians, took their place.

The period of Ottoman rule, left its own architectural features. Kiosks (sachnisia) were added at the buildings, at the doors symbols of the Muslim faith (alem) and inscriptions, the Venetian monasteries were turned into mosques with minarets, while fountains and baths were built giving the city a new character. Scattered in the narrow streets of the city, many residences are preserved as exceptional examples of Turkish architecture. Its typical feature is the extendeduse of wood. The way of construction in the years of the Turkish conquest, 1646-1898, changes and the good-chiseledstone of the Venetians gives its place to the wooden skeleton filled with small size stones, without any treatment, and mud (bagdati). The wall is then painted with rich plaster. Due to these particular features, the old town was designated in 1967 as Historic Conservation Monument, and in 1985 as Traditional Settlement.

Rethymno nowadays is considered as one of the most famous luxury destinations in Greece. Known for its gastronomy through the tens of taverns, its crystal blue waters of the countless beaches on the north and south of the island, the picturesque old town that travels you through the centuries and the imposing Fortezza Fortress that is ready to welcome its visitors every day.The Venetian harbor with the old lighthouse and the 12km long beach, invites you to walk from the early morning hours, continuing your journey with anexcursionto the villages that surround Rethymno, each with its own character. The monuments that lie in every corner of this place cause you to visit us again.Thanks to its intense cultural activity, it can accommodate visitors all year round. Winter tourism focuses mainly on the local customs, the Cretan hospitality and the warm villages filled with rich flavors of immense green and natural activities. Christmas and Easter customs take place every year and the whole city dances in the rhythms of Carnival in the spring, parading over 20000 Carnivalists from all over Greece.
Rethymno is not just a city name, it’s an idea, a story, you will always remember!!!